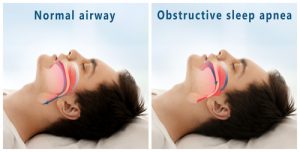 What Is Sleep Apnea?

Sleep Apnea is a sleeping disorder that has become a significant health issue among adults in the United State. There’s an estimated 22 million Americans currently suffering with this sleeping disorder, with an average of 80% being moderate or severe sleep apnea cases. Oddly enough, most people don’t know they suffer from such a disorder as you’re asleep when dealing with it. 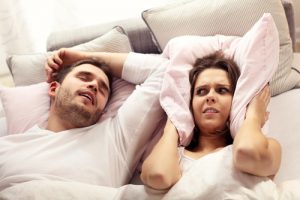 Complex Sleep Apnea: This occurs with a combination of the aforementioned conditions. With each of these individual conditions, the brain partially wakes up the sleeper to let them know they need to breathe. This can result in many ‘wake-ups’ a night, which doesn’t allow for deep REM sleep cycles. This may cause most patients to become irritable during the day due to lack of rest.

Are You At Risk ForSleep Apnea?

Believe it or not, there may be signs that can let you know that you’re at risk for sleep apnea. This condition affects anyone at any age –even your little ones! Common risk factors often include: